The IFAF Congress took place on July 5, 2012 in Austin, Texas. Given that only 15 of the 30 EFAF-affiliated federations took part, we want to inform you on the outcome with regard to the European situation.

The IFAF Congress ratified the proposal which was submitted by the IFAF Executive Board of Directors based on a report from a Working Group.

The IFAF Congress approved that proposal by majority vote but made  from what the EFAF Board of Directors understands  major legal faults in the procedures. The IFAF Congress is only allowed to vote on statutarory modifications if half of the members, with voting rights, are present at the meeting. Only 31 members with voting rights were present in Austin. The total number of IFAF members is 64. In particular, a large number of European member federations did not attend the IFAF Congress for various reasons.

The reason for the quorum requirement is obvious: major decisions regarding the organisational structure shall only take place if there is overwhelming support  and not just a simple majority of the members present.

The EFAF Board of Directors has already submitted a protest against the procedures and will ask for a further review.

However, should the decision of the IFAF Congress  taken by a group representing not even half of the members of EFAF be upheld  it has no legal impact on EFAF itself. EFAF is an independent legal entity which will continue to exist and be fully operational.

If the senior leadership of IFAF wishes to enter in a dialogue about new organisational structures, the EFAF Board of Directors is open to this. But no one, can decide unilaterally, about the management of a third party and about the destiny of another legal entity.

Therefore, the situation in Europe still is that EFAF is the governing body of American Football on European level in charge of organizing national team and club competitions.

There is a continental committee elected in Austin, which is supposed to be in charge of Europe.

This election will only be valid if the modifications of the statutes are valid  a point where the EFAF Board of Directors has major concerns. Moreover, even if valid, that continental committee is purely an IFAF body with no competences and/ or rights within EFAF.

As already mentioned in our letter dated July 3, 2012, which we send to all IFAF member federations, our concern is that with the vote in Austin, the future development of American Football within Europe and subsequently worldwide will be severely and possibly irreparably harmed. There are no obvious benefits in replacing locally developed and independent continental federations with a centralized structure as proposed.

Therefore the EFAF Board of Directors will take all necessary legal measures to avoid the confusion created by the Austin Congress and confirm the leadership of EFAF in Europe.

So to summarize:
1. The EFAF Board of Directors considers the decisions of the IFAF Congress taken on July 5, 2012 in Austin are legally invalid and also does not recognise any right of IFAF to interfere in internal European structures.
2. The only executive body in Europe which is competent to administer European competitions is the EFAF Board of Directors.
3. There is an obvious need for talks with the IFAF senior executives and major stakeholders to avoid disorientation of our members and the public.

Yours in Sport!
EFAF Board of Directors 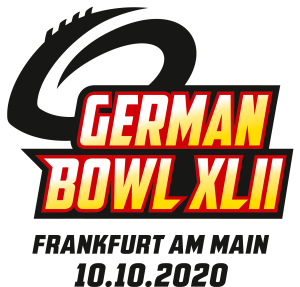