Bremen gets ready for the Cheerleading World Championships 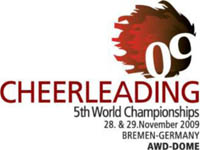 Approximately five months before the 5th IFC Cheerleading World Championships preparations for the event are gearing up in Germany. At Bremen's AWD-Dome, the venue of the Cheerleading World Championships 2009, the local organising committee held a meeting in mid-June and discussed a variety of issues concerning the event. Biggest news of that meeting came from the ticketing department: more than 1,300 two-day-tickets, admitting entrance for both of the competition days (28th and 29th November), have already been sold. Summing up two-day-tickets, one-day-tickets and pre-reservations more than 2,000 seats for the second day have been booked already by those early birds, obviously eagerly awaiting the first Cheerleading World Championships in Germany.
Both competition days will feature a tight schedule. For the first time not only will world champions in Cheer All Female, Cheer Mixed and Cheer Dance be crowned, but starting in 2009 the IFC will honour the most exceptional stunt groups by awarding world championship titles in the categories of All Female and Mixed for Group Stunts as well.
The nomination and qualification process for the participants is now under way on the continental level.

Not surprisingly, the hosts from Germany will field participants in all five of the championship categories. With the upcoming world championships in their own country, Germany's cheerleaders were inspired to form a national Cheer Mixed All-Star team for the first time. A pool of 32 cheerleaders from all over Germany was selected in April and started its joint practices by now. German cheerleaders, who have only won a single silver medal in world championship history up to now, would of course love to make it into the medal ranks at the tournament on their home territory.

At least Russia and Slovenia will field teams in all five competitions as well. For the Slovenian cheerleaders, winners of all four Cheer Dance world championships since 2001, this year's world championships should provide another occasion to establish themselves furthermore. Following the CWC 2003 in Manchester, United Kingdom and CWC 2007 in Helsinki, Finland, it is the third time for IFC to stage the event in Europe, however Bremen is the first host city located in Central Europe.

Even though Bremen is located in the Northern regions of Germany it is well connected to the rest of Europe. The city, with a population of 550,000, is easily accessible by plane, rail or car - and yes, even by sea, owning one of Europe's top five sea freight container terminals. The international airport is located closer to the city centre than any other airport in Europe and the AWD-Dome itself is in the heart of the city, making it a 15 minute ride from the airport or a three minute walk from the central railway station to the world championship venue.
The facility, which was converted in 2004 into the modern competition hall of today, not only contains the main competition arena, but also spacious changing rooms, a gym and a practice facility under the same roof. This should benefit the athletes, because at the end of November the weather in Germany's North Sea coastal regions may turn a bit chilly already. Thanks to the facilities available at the AWD-Dome, this will not hamper the teams preparations for the championship. On the other hand the timing of the IFC Cheerleading World Championships will provide the athletes from all over the world with a special opportunity: Bremen's Weihnachtsmarkt, one of Germanys world-famous Christmas fairs, will open its doors on the same weekend as the Cheerleading World Championships and only just footsteps away from the championship venue. 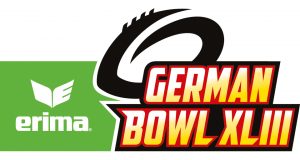