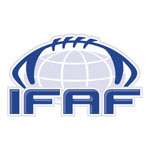 The European Junior Championships (EJC) 2017 will be decided in France: The four top junior national Teams in American football from the continent will battle for the title in the final tournament in Paris on July 14 (semifinals) and 16 (medal games). The hosts from France (two EJC titles in 2004 and 2006) and reigning European champions Austria (winner of EJC in 2011, 2013 and 2015) have an automatic berth for the final tournament.

Eight other nations will send their teams of elite under-19-year-olds to two four-nations qualifying tournaments in the spring of 2017. The winners of these two tournaments earn the remaining spots in the semifinals. Allocation of the teams to the tournaments has been made in regard to geographical parameters. Hosting rights will be awarded to one of the participating teams based on the EJC 2015 rankings, although any would-be host may pass on the hosting rights to the next-best ranked team.

Qualifying tournament 1 will feature Germany, the Netherlands, Spain and Switzerland in action, while Serbia, Italy, Russia and Hungary will compete in qualifying tournament 2. Of these eight teams Germany fields the richest EJC tradition, winning three titles in the past (1998, 2000 and 2008) and most recently finishing as runner-up to Austria in the 2015 final game. But also Spain, Italy and Russia have had their successful appearances in EJC final tournaments in the past, and Serbia's American football in recent years is making quite a progress. So a thrilling competition may unfold already during the qualifiers.