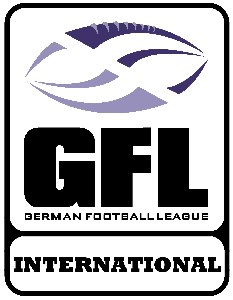 As the leading American football league of Europe the German Football League (GFL) and the league's teams are involved not only in a demanding competition for the national title year after year, but also in diverse international competition. Whether in tournaments for European trophies or in numerous friendly games - tremendous experience is gained in hundreds of games played domestically or internationally each and every year.

The first phase covered the theory of a number of officiating concepts including penalty enforcement, crew mechanics and expectations and how to improve the running of games. Derek Ward, Director of Officiating of the Irish federation IAFA commented, âI'd like to thank Christian and Heinz for travelling to Ireland to present this clinic. We constantly strive to improve the standard of officiating in Ireland, and clinics like this go a long way to ensuring Irish officials are some of the best in Europeâ.

Subsequent phases of the clinics will cover more on-field training. On February 19/20 this will be made possible during practices and scrimmages involving the Irish national team. Pregame mechanics, on-field training and a thorough video analysis afterwards will be the core of the agenda. A third phase is scheduled for April. As for the Irish side this is part of efforts to expand future participation in international competition and of course to enhance officiating quality for a growing number of games in Irish leagues.

âIt is of the utmost importance for referees to stay involved in the international development of football officiating, and the easiest way to do so is to join in discussions with fellow referees, preferably on an international levelâ, Heinz Sauer explains. GFL International's initiatives are also deemed to help referees in a number of European countries to get connected to international colleagues for a broader perspective. The same goes for German referees as well, as Sauer states: âEven with all the experience we might already have in Germany, it is still of great importance to us to have yearly visits of officials from the U.S., from NFL or NCAA. This is one of the foundations officiating quality in Germany is based upon.â And Sauer and GFL International like to spread this to more European countries.