Ismaning, May 2, 2019 – SPORT1 is once again the home of the German Bowl on free-TV this year: Germany’s leading 360° sports platform will broadcast the 41st German American Football Championship Final on Saturday, October 12, live at 6 p.m. SPORT1 and the German Football League (GFL) are thus continuing the partnership they started in spring 2018. As in the previous season, GFL will also be represented with its own news channel on SPORT1.de and in the SPORT1 apps. “Kick Off – Das GFL-Magazin“ will also be continued on free-TV on SPORT1 from September onward. The 41st season of the German American Football Bundesliga started last weekend on Saturday, April 27.

German Bowl XLI returns to its roots. After eight years in Magdeburg and Berlin, it will again be played in Frankfurt am Main.

Daniel von Busse, COO TV and Member of the Board of Sport1 GmbH: “The German Football League has great potential for us: Last year, up to 220,000 viewers watched the Final between Frankfurt and Schwäbisch Hall. We have therefore decided to continue our successful partnership with GFL and to broadcast the German Bowl on SPORT1 on free-TV this year as well. We will also keep football fans up to date throughout the season with our GFL news channel on SPORT1.de and in the SPORT1 Apps.“

Robert Huber, President of the American Football Association of Germany (AFVD): “With the German Bowl XLI on October, 12 in the Commerzbank Arena in Frankfurt am Main, the German Football League will play its final in one of the most beautiful and modern stadiums in Europe. Together with our partner SPORT1, we will present the highest quality and most visited football game in continental Europe against a great backdrop, and hope for new viewer records both in the stadium and on television.“

“Kick Off – The GFL Magazine“ starting in September on SPORT1

The GFL magazine, which was launched in August 2018, will once again examine the decisive phase of the GFL regular season and playoffs in detail this season. The focus of “Kick Off – Das GFL-Magazin“ lies not only on reviewing the previous matchday but also on German Bowl XLI. There will be a total of five issues, the first of which will be shown on SPORT1 on free-TV on Wednesday, September 4.

News channel about GFL on SPORT1.de and in the SPORT1 Apps

In addition to the live broadcast of the German Bowl XLI on free-TV, the partnership with GFL also includes a news channel for the German American Football Bundesliga on the digital platforms of SPORT1. This channel, which is available on SPORT1.de and in the SPORT1 apps, provides football fans with regular updates on the situation in the GFL and in German football in general.

Tradition, excitement and action in the highest German league in American Football 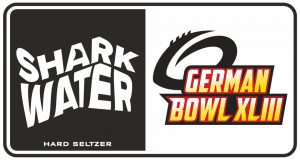